The False Claims Act: It’s about more than just money 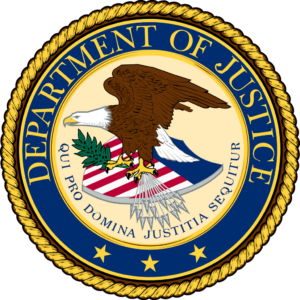 A recent development in a whistleblower case serves as a reminder that lawsuits brought under the False Claims Act can do more than just return funds to the federal Treasury.

The value of the False Claims Act is not always measured in dollars and cents.

In a filing in federal court last week, the Department of Justice argued that discrimination by persons who receive federal grants can violate the False Claims Act, demonstrating the law’s potential for advancing social justice as well as recovering money for the federal Treasury.

The case is a reminder to any individual who sees wrongdoing related to programs supported by the federal government that the False Claims Act and its “qui tam” whistleblower provision are not limited to healthcare and defense industry fraud. The law ensures that important government policies, like protection for civil rights, cannot be ignored by persons who obtain government funding.

The whistleblower in this particular case, US ex rel. Ken Williams v. City of Brockton et al., alleged that the city of Brockton, Mass., violated civil rights laws and regulations when implementing programs using federal money from the “Community Oriented Policing Services” or COPS program that mandated compliance with those laws as a condition of receiving the grants.

The relator claimed that the police department engaged in a pattern and practice of unlawful discrimination by engaging in, among other things, racial profiling, unlawful arrests, disparagement of minorities, and even discrimination against minority cops. Because these practices violated civil rights laws that the city agreed to follow when it accepted the grants, the whistleblower argued that the city should have to repay the federal government up to three times the amount of the grants.

The court dismissed several of the allegations largely for technical reasons. But the Justice Department filed a “statement of interest” in support of the relator’s request that the court reconsider its decision, observing that the government has a “significant interest in the proper interpretation and the correct application of the False Claims Act.”

While the Department of Justice’s statement of interest focused largely on technical arguments, it also said “compliance with applicable civil rights laws and regulations goes to the ‘very essence of the bargain for COPS grant recipients.’”

For that reason, misrepresentations about compliance with civil rights laws as alleged by the whistleblower are “material,” or relevant, to the government’s decisions to provide grant money, and therefore the conduct could result in liability under the False Claims Act, if the court reverses its earlier decision and allows the complaint to proceed.