WASHINGTON, DC, Dec. 18, 2017 – John R. Phillips, a key architect of the False Claims Act, is returning to whistleblower law firm Phillips & Cohen LLP as a partner following his service as US ambassador to Italy during the Obama administration.

Phillips, who co-founded the firm, represented whistleblowers for decades and played a singular role in the creation and development of the “qui tam” whistleblower practice under the False Claims Act.

“We are thrilled that John Phillips is rejoining the firm,” said Erika A. Kelton, a partner at Phillips & Cohen. “John’s leadership in whistleblower matters and his commitment to the public interest throughout his career are extraordinary. Our whistleblower clients will greatly benefit from his expertise and vision.”

Phillips has been called “the nation’s premier whistleblower attorney” by the Wall Street Journal and was recognized by the National Law Journal as one of the “100 Most Influential Lawyers in America.”

“I am excited to once again be working on behalf of whistleblowers, and there is no better place to do so than at Phillips & Cohen,” Phillips said. “The firm’s lawyers are the finest representing whistleblowers. Their success and dedication to whistleblowers make me proud to rejoin this pre-eminent practice.”

Phillips’ work in public interest law began in the 1970s, when he co-founded the Center for Law in the Public Interest (CLIPI) in Los Angeles. CLIPI brought many successful lawsuits involving corporate fraud, civil rights and other public interest issues.

In the mid-1980s, Phillips proposed Congress strengthen a little-used Civil War law known as the False Claims Act to encourage whistleblowers to help fight fraud against the government. He worked closely with US Sen. Chuck Grassley (R-IA) and then-Rep. Howard Berman (D-CA), the bill’s chief sponsors, in a bipartisan effort to get Congress to pass the measure.

Since President Ronald Reagan signed the amended False Claims Act into law in 1986, it has become the government’s primary legal weapon to fight Medicare fraud, defense contractor fraud and other types of fraud against the government. The government has recovered more than $60 billion as a result of whistleblower cases brought under the federal and state false claims laws and related criminal actions.

The success of the law inspired the creation of similar whistleblower reward and protection programs at the IRS, the Securities and Exchange Commission and the Commodity and Futures Trading Commission.

Phillips brought the first successful “qui tam” case under the modern-day False Claims Act, which settled for $355,000 in 1988. He then started a law firm, which is now Phillips & Cohen, to focus exclusively on representing whistleblowers.

Phillips & Cohen brought a significant number of high-profile whistleblower cases while Phillips was at the firm, including two against HCA, a for-profit hospital chain, that were a substantial part of settlements with the government totaling $1.7 billion, and a “qui tam” case against Wall Street billionaire Mario Gabelli and some of his associates that settled for $130 million.

Phillips also founded Taxpayers Against Fraud (TAF), a nonprofit, public interest organization that promotes the use of whistleblower laws to fight significant fraud. He served on TAF’s board of directors from its founding to 2013 and recently rejoined the board.

From 1988 to 1993, Phillips was an appointed member of the Ninth Circuit Judicial Conference. President Obama in 2009 appointed Phillips chair of the President’s Commission on White House Fellowships, where he served for four years.

Phillips resigned from Phillips & Cohen in 2013 when President Obama nominated him to be the ambassador to Italy and the Republic of San Marino. He held that position until January, when he stepped down at the end of President Obama’s term. 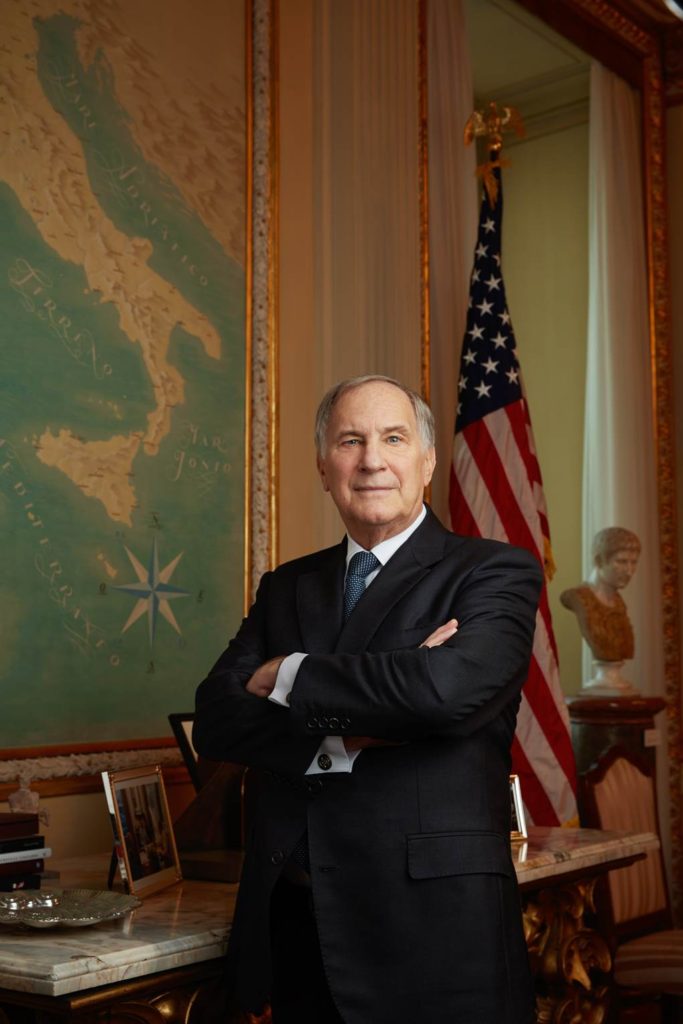