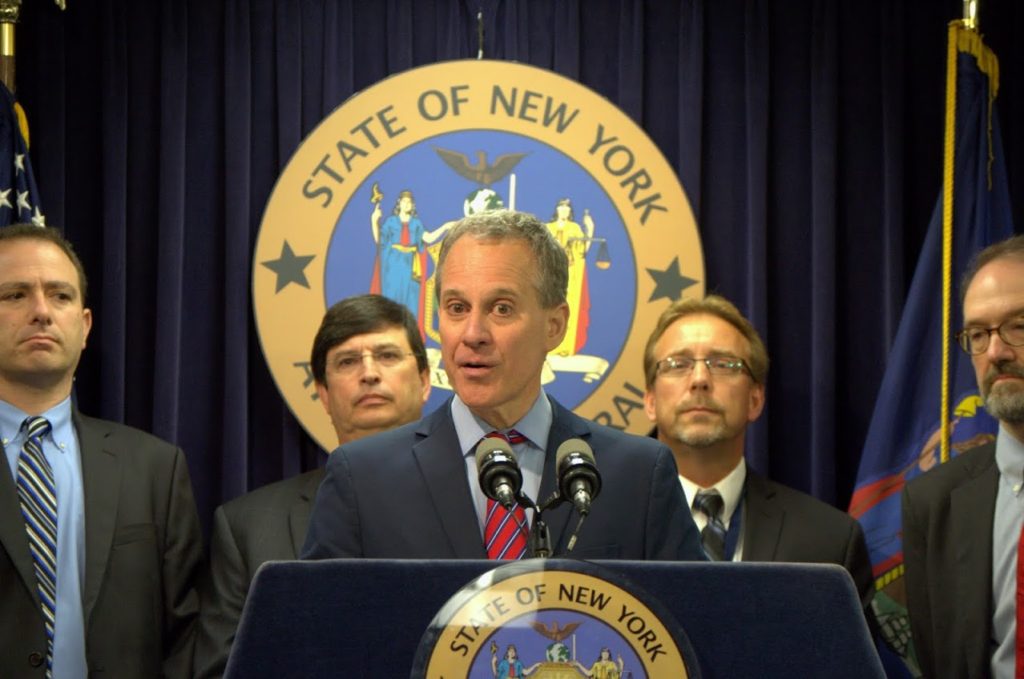 The New York False Claims Act is a powerful tool the state can use to go after contractors providing substandard service. In this case, Armor Correctional Health Medical Services “egregiously underperformed” on its duties to treat prisoners in a Nassau County jail. (Photo credit NY Attorney General)

The New York state lawsuit against Armor Correctional Health Medical Services is a good example of how the New York False Claims Act and other similar laws can be used to protect patients and improve patient care while at the same time hold government contractors accountable.

The lawsuit also alleges that at least 12 people have died at Nassau County Jail because of Armor’s substandard care.

The New York False Claims Act provides a way for the state to recoup its costs spent on worthless services. If Armor is found to have failed to provide the quality of services it promised and submitted claims for payment anyway, it could be liable for a fines of up to three times both the actual harm to the state and consequential damages, as well as a fine of between $6,000 and $12,000 for each violation of the Act.

As the complaint states, “providing appropriate medical treatment is particularly important in the prison population due to the high incidence of disease.” Approximately 40 percent of state and federal prisoners and individuals in jails across the country have chronic medical conditions, and over 14 percent currently have infectious diseases, including tuberculosis, Hepatitis B or C, and HIV/AIDS.

Aside from the missed opportunity to treat those who might otherwise never have a chance to see a doctor, failing to provide these services also hurts the economic interests of the state because the state is paying millions of dollars per year for services that it is not receiving.

If more states were to adopt a law similar to New York’s False Claims Act and the federal False Claims Act – they, too, would be able to recover funds from any contractor that fails to provide promised services while better protecting those who depend on those services.