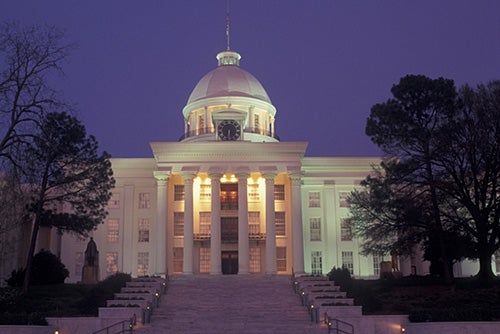 A bill that would create a state False Claims Act in Alabama and allow whistleblowers to file Medicaid fraud claims on behalf of the state now has support from Attorney General Luther Strange. (Photo by Mark Goebel)

A bill in the Alabama Senate that would give whistleblowers the ability to sue companies for alleged Medicaid fraud just got an important new ally.

Alabama Attorney General Luther Strange made a strong case in support of Senate Bill 216, known as the Alabama Medicaid False Claims Act, in an op-ed published Monday on AL.com, an Alabama news site. Strange cited the great success similar laws have had in other states and at the federal level.

“[In] Alabama, where resources devoted to the detection of fraud have historically been low, a False Claims Act would give those who discover Medicaid fraud an incentive to report it,” Strange wrote. “The Act also includes substantial fines and penalties for those found to have cheated the system. This alone should serve as a deterrent to those providers who might be motivated to bill Medicaid for more than they’re entitled.”

The proposed Alabama law follows the federal False Claims Act in many ways. Like the federal version of the law, Alabama’s False Claims Act would empower private citizens to sue a company on behalf of the government (known as a “qui tam” lawsuit) if they believe Medicaid rules are being violated. The state could decide whether to join the lawsuit.

Penalties of $5,500 to $11,000 for each false claim plus three times the amount of damages to the state could be levied against liable companies.

At least 31 states have implemented their own false claims statutes and have seen millions of dollars returned to their coffers thanks to claims brought by whistleblowers.

The Justice Department recovered $3.5 billion from False Claims Act cases in fiscal year 2015, with $2.8 billion of that coming from cases filed by whistleblowers. Out of that total, $1.9 billion came from cases against the healthcare industry.