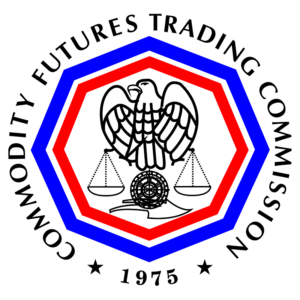 In an interview with the National Law Journal, CFTC Whistleblower Program Chief Chris Ehrman said he hopes that the CFTC will adopt a rule before year’s end establishing that the CFTC has the authority to take action against a company that retaliates against one of its whistleblowers.

By doing so, the CFTC would line up with the Securities and Exchange Commission on how it views its duty to protect whistleblowers under Dodd-Frank.

The SEC has been a staunch defender of whistleblowers who face retaliation from their former employers. The SEC says the Dodd-Frank Act gives it the authority to take enforcement actions against companies that retaliate against whistleblowers, and on several occasions has filed legal briefs advocating for whistleblower protection for employees who are retaliated against after they report misconduct internally, but before they go to the government. Courts are currently split on this issue.

The CFTC has taken a more hands-off approach to protecting whistleblowers than the SEC, taking the view that it’s the responsibility of the whistleblower to sue over alleged discrimination. Ehrman hopes to change that.

“My sense is we’re going to change and adopt the SEC’s standard,” Ehrman said. “I am committed to doing everything I can to protect whistleblowers. My sense is the view has changed and we’ll move forward in the future toward adopting the SEC’s position.”

Ehrman also wants to align the CFTC’s stance on “gag orders” with the SEC’s. Currently, the SEC asserts it has enforcement authority over “pretaliation” language in employment contracts. “Pretaliation” is a term coined by Sean McKessy, chief of the SEC Whistleblower Office, which describes language in employment contracts that threaten termination or other discipline for discussing certain matters outside the company.

Beyond strengthening protection for whistleblowers, Ehrman said the CFTC will continue to focus on increasing whistleblower awards and hopefully start paying them out more frequently. He said that since the latest award was announced he has already noticed an uptick in whistleblower claims.

Still, he said he has no expectations his much smaller office will come close to matching recoveries brought in, or awards paid out, by the SEC’s whistleblower office.