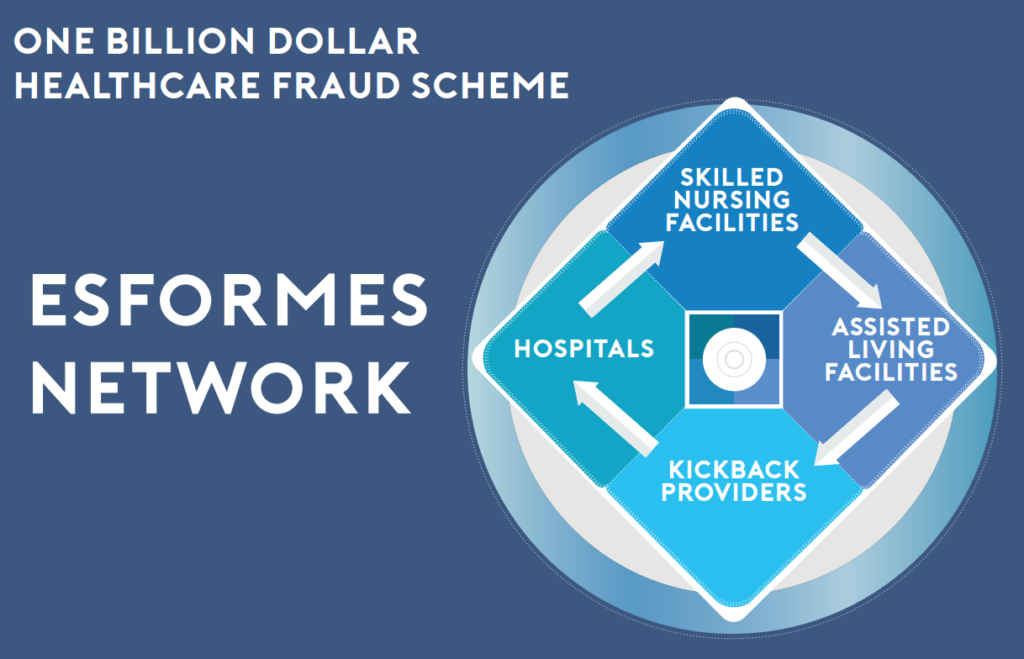 Florida has long stood out as a hot spot for Medicare fraud, and last month’s indictment of three individuals in Miami for allegedly carrying out a $1 billion scheme to defraud Medicare and Medicaid adds to that unfortunate reputation.

It is the largest single criminal health care fraud case against individuals the Department of Justice has ever brought.

The indictment charged Philip Esformes — the owner of more than 30 skilled nursing and assisted living facilities (the Esformes Network) — along with a hospital administrator and a physician’s assistant, with conspiracy, obstruction of justice, money laundering, and health care fraud involving numerous health care providers, including community mental health centers and home healthcare providers.

“Health care executives who exploit patients through medically unnecessary services and conspire to obstruct justice in order to boost their own profits – as alleged in this case – have no place in our health care system,” said FBI Miami Field Office Special Agent in Charge Shimon Richmond.  “Such actions only strengthen our resolve to protect patients and the US taxpayers.”

Many of the beneficiaries in the Florida-based Esformes Network did not qualify for skilled nursing care or for placement in an assisted living facility. The indictment alleges that Esformes and his co-conspirators admitted these ineligible patients and billed Medicare and Medicaid for unnecessary services. The indictment further alleges that Esformes paid kickbacks to the physician’s assistant named in the indictment, Arnaldo Carmouze, and other medical professionals in exchange for referrals for medically unnecessary services.

Carmouze, who was not licensed to prescribe narcotics, allegedly prescribed drugs such as Oxycodone even when medically unnecessary.

In a press conference regarding the case, Assistant Attorney General Leslie Caldwell said that these and similar prescriptions were given to drug addicts to induce them to stay in Esformes facilities.

The indictment further alleges that a variety of healthcare providers paid Esformes kickbacks for patient referrals. To hide the kickbacks from the government, payments often were made in cash or disguised as payments to unnamed escorts and a basketball coach for coaching Esformes’s son, charitable donations or lease payments.

This is not the first time Mr. Esformes has run afoul of authorities. Esformes paid $15.4 million in 2006 to resolve civil allegations that he had engaged in “essentially identical conduct.” After the civil settlement, Esformes and his co-conspirators used more sophisticated money laundering techniques to avoid detection, according to the indictment.

The FBI and the Department of Health and Human Services’ Office of Inspector General used advanced data analysis and forensic accounting to uncover the alleged fraud. Those are effective tools in many instances. But generally, insiders who blow the whistle are essential to expose and stop significant Medicare and Medicaid fraud.