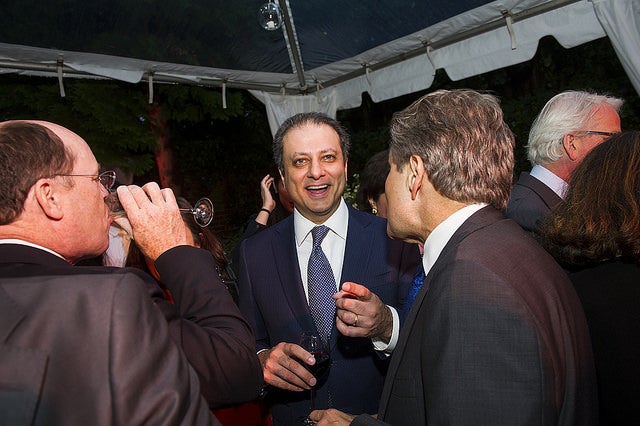 “It’s hard to bring criminal cases unless you have the evidence, unless you can have insiders telling you about what was going on,” Bharara said. (Photo Credit Financial Times)

One of the country’s toughest prosecutors highlighted the value insiders can provide in successfully prosecuting corruption and other illegal activity.

US Attorney for the Southern District of New York Preet Bharara, sometimes referred to as the “Sheriff of Wall Street,” was asked during an interview with George Stephanopoulos on ABC’s “This Week” about how corruption in the New York legislature was able to go on for so long before his office brought down the two most powerful politicians in the state.

Bharara’s response cut to the core of what can make rooting out corruption at the highest levels so difficult.

“It’s hard to bring criminal cases unless you have the evidence, unless you can have insiders telling you about what was going on,” Bharara said.

More and more, government enforcement agencies are relying on insiders to become whistleblowers and provide facts and evidence about financial fraud. The Dodd-Frank Act’s whistleblower provisions are an effective enforcement tool because they provide insiders on Wall Street financial incentives to bring facts and evidence about wrongdoing to the attention of the government.

This month the SEC reported yet another large reward to an insider who provided a detailed tip about misconduct by his former employer and advanced the SEC’s investigation and ultimate enforcement. That whistleblower received a $17 million reward.

As Andrew Ceresney, director of the SEC’s Division of Enforcement, observed when the reward was announced, “Company insiders are uniquely positioned to protect investors and blow the whistle on a company’s wrongdoing by providing key information to the SEC so we can investigate the full extent of the violations.”

Whistleblowers who provide information to the SEC or CFTC that leads to an enforcement action recovering more than $1 million can receive a reward of up to 30% of the total recovery.