Puerto Rico has implemented a false claims law that encourages whistleblowers who know of fraud against any Puerto Rican government program, including Medicaid, to step forward by offering them financial rewards and protection against job retaliation.

The statute – Puerto Rico’s Fraudulent Claims to Programs, Contracts and Services of the Government of Puerto Rico Act – comes at an important moment for Puerto Rico as it recovers from Hurricanes Irma and Maria and works to rebuild infrastructure and the local economy. The whistleblower law will help ensure that government funds desperately needed for recovery and reconstruction efforts are not diverted by fraud. 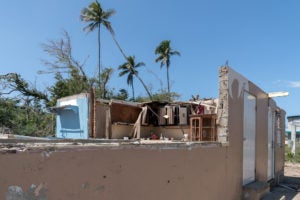 “The eradication of fraud is a priority on the agenda of the governor and the Department, given that we are aware of the repercussions that this harmful behavior has on health services and, above all, on the Medicaid Program,” said the Secretary of the Puerto Rico Department of Justice, Wanda Vázquez, in a press release.

Puerto Rico joins 30 states and the District of Columbia that have adopted laws similar to the federal False Claims Act.  The Puerto Rico law also creates a Medicaid fraud control unit within the Puerto Rico Department of Justice and establishes the Medicaid Management Information System.

Puerto Rico Governor Ricardo Roselló signed the false claims bill into law on July 23. The law will take effect in 180 days of its signing. The government of Puerto Rico is already establishing the new administrative structures to come out swinging against fraudsters and cheats in the US commonwealth.