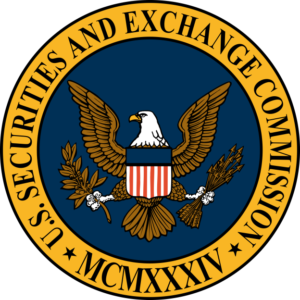 The Securities and Exchange Commission has reaffirmed its position that whistleblowers who report wrongdoing to their employer before taking their claims to the SEC are protected from job retaliation, this time in an employment retaliation case against Vanguard.

The SEC filed a memo and an accompanying brief  this week in support of David Dannon, a former lawyer for Vanguard who claims he was fired after he voiced concern about some of the company’s tax practices.

But Vanguard says Dannon does not qualify as a whistleblower under the Dodd-Frank Act because he did not initially raises his concerns directly with the SEC.

It’s an argument companies are making more and more frequently as a way to have a free hand to punish whistleblowers and intimidate others who might want to report wrongdoing.

In 2013 Khaled Asadi sued his former employer General Electric, alleging he was fired for internally raising concerns GE was violating the Foreign Corrupt Practices Act. GE denied his accusations were the reason they fired him, but added that even if it had done so, he wouldn’t qualify as a whistleblower because he didn’t initially report the violations to the SEC.

But in a separate case, the Second Circuit Court of Appeals ruled in 2015 that a whistleblower was “entitled to pursue Dodd-Frank remedies for alleged retaliation after his report of wrongdoing to his employer, despite not having reported to the Commission before his termination.” The SEC filed a brief in support of the whistleblower in this case as well.

Conflicting appeals court rulings such as these make it likely the issue will eventually have to be decided by the Supreme Court.

In the meanwhile, anyone considering blowing the whistle should seek counsel. An experienced whistleblower lawyer can not only review the merits of a claim, but also can explain the job protection that the law provides for whistleblowers and also potential rewards.