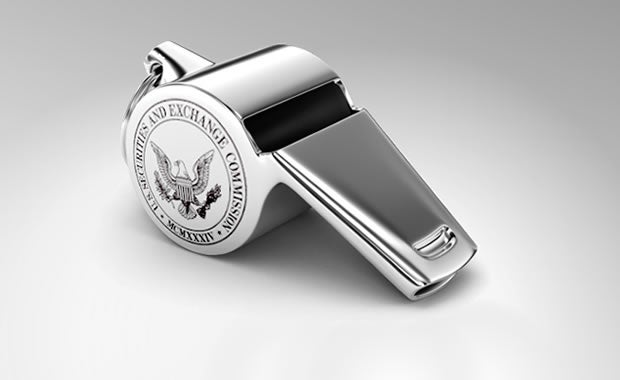 The SEC fined a company for “pretaliating” against whistleblowers by forcing them into restrictive severance agreements.

The Securities and Exchange Commission (SEC) took forceful action last week to ensure that companies do not discourage employees from reporting potential violations of securities laws.

BlueLinx, a building products distributor headquartered in Atlanta, paid $265,000 to settle SEC charges that the company’s severance agreements contained restrictive language that in effect penalized departing employees if they reported concerns of wrongdoing to the SEC. Employees had to sign the agreements to receive severance payments and other post-employment benefits.

“We’re continuing to stand up for whistleblowers and clear away impediments that may chill them from coming forward with information about potential securities law violations,” said Stephanie Avakian, Deputy Director of the SEC’s Enforcement Division, in a statement.

One provision in BlueLinx’s severance agreements prevented former employees from disclosing confidential information or trade secrets unless required by law, and then only if they promptly notified BlueLinx’s legal department of the disclosure. This would have, in many instances, forced people to out themselves to the company as whistleblowers.

Another provision of the agreements said former employees could file complaints with government agencies, including the SEC, but had to waive their rights to any monetary awards in connection with such complaints.

This requirement “removed the critically important financial incentives that are intended to encourage persons to communicate directly with the Commission staff about possible securities law violations,” the SEC administrative order said.

The sweeping language of BlueLinx’s severance agreements is a prime example of what some attorneys call “pretaliation” – that is, efforts to dissuade employees from engaging in protected whistleblower activity before they do so, as opposed to retaliating against them after the fact.

The SEC found that BlueLinx’s agreements violated SEC Rule 21F-17, which states, “No person may take any action to impede an individual from communicating directly with the Commission staff about a possible securities law violation, including enforcing, or threatening to enforce, a confidentiality agreement . . . with respect to such communications.”

The SEC is requiring BlueLinx to amend its severance agreements to make clear to departing employees that they may report potential violations to the SEC without BlueLinx’s approval and without foregoing any resulting financial award.

BlueLinx must also make reasonable efforts to contact former employees who signed the restrictive agreements to notify them of the settlement with the SEC and to assure them that they may report violations to the SEC freely and without forfeiting whistleblower rewards.

This is not this the first time the SEC has taken action against companies that attempt to gag their workers from reporting potential violations. In 2015, the SEC fined KBR, the technology and engineering giant, $130,000 for requiring witnesses in certain internal investigations to sign confidentiality agreements that prevented them from reporting externally without KBR’s approval.

These enforcement actions demonstrate that the SEC takes whistleblower anonymity and protection very seriously and will not hesitate to stand up for the rights of those who seek to report fraud.

The BlueLinx and KBR cases show the SEC’s commitment to stop the ugly pattern of corporate attempts to chill whistleblowing. A law recently enacted by Congress also should help. As noted previously on this blog, earlier this year President Obama signed into law the Defend Trade Secrets Act, which provides whistleblowers immunity from civil and criminal liability for disclosing “trade secrets” in confidence to a government official or attorney in order to report or investigate a suspected violation of law.