If passed, the IRS Whistleblower Program Improvement Act of 2021 would:

These changes would be significant, especially because they offer whistleblowers greater incentives to undertake the risks that come with providing information to the IRS. For example, timely award payments and additional protection of whistleblowers’ identities would encourage more people to step forward to provide the IRS with information it needs to pursue hidden tax fraud.

Congress enacted a tax whistleblower program in 2006 that gives whistleblowers a way to report information about significant tax fraud to the IRS and receive an award if the tax fraud exceeds $2 million. Grassley was the chief sponsor of that legislation.

If the IRS uses the whistleblower’s information and successfully collects proceeds from an administrative or judicial action, the whistleblower stands to receive an award of 15% to 30% percent of the proceeds.

But those numbers are somewhat misleading as a gauge for the program’s success. For the past five years, the IRS has made the vast majority of whistleblower awards in small cases with collected proceeds of less than $2 million. Meanwhile, the large tax fraud cases that the 2006 whistleblower program was designed to attract get short shrift.

In addition, the IRS has been rightfully criticized for its slow pace in paying awards and failure to fully utilize whistleblowers’ expertise and insider insights in enforcement efforts.

Two years ago, Grassley and Wyden succeeded in getting Congress to make important improvements to the 2006 whistleblower program as part of the Taxpayer First Act of 2019. That statute mandated better communication by the IRS with whistleblowers and provided whistleblowers protection from employment retaliation for reporting tax fraud to the IRS.

Passing the IRS Whistleblower Program Improvement Act of 2021 would further strengthen the program. Whistleblowers who bring forward high-quality insider information on tax fraud play an important role in helping to close the tax gap, which is estimated to be as much as $1 trillion per year. Both the taxpaying public and the whistleblowers who undertake personal risk to report fraud deserve a fair and efficient whistleblower program.

If you are aware of tax fraud and are considering filing an IRS whistleblower claim, contact Phillips & Cohen for a free, confidential review of your potential case. 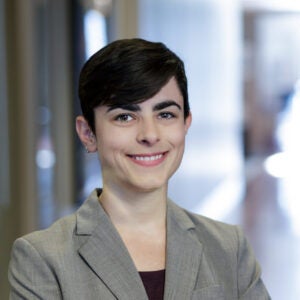 Emily Stable, an associate at Phillips & Cohen, represents IRS whistleblowers and other whistleblowers under government whistleblower reward programs. She is a co-author of Tax Whistleblower Laws and Programs, which is part of Bloomberg’s Tax Management Portfolios. She also has co-written articles on whistleblower laws and cases for Bloomberg Law, the Journal of Insurance Fraud in America and newspapers.