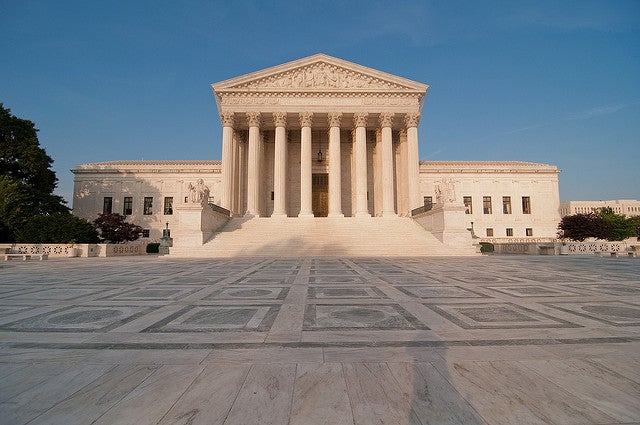 The Supreme Court agreed last week to review a case for next term surrounding a unique provision in the False Claims Act that helps the government investigate whistleblower claims.

Unlike most lawsuits, a “qui tam” (whistleblower) complaint is filed “under seal,” meaning the lawsuit is served only on the government and the defendant is not notified of the lawsuit for at least 60 days. The seal is intended to give the government time to investigate a claim and decide whether to intervene in the case.

Rigsby was filed by two sisters who worked as claims adjusters for State Farm. They alleged that, in the wake of Hurricane Katrina, State Farm classified damage to homes it insured as resulting from flooding rather than high winds. The federal government backs the flood insurance policies whereas State Farm would have had to pay claims for wind damage.

The trial court ordered a “test case” involving one insured property, and the jury in that case found that State Farm had submitted false claims for flood damage. The Fifth Circuit Court of Appeals affirmed the jury verdict.

State Farm argued in its appeal to the Supreme Court that, among other things, the case should have been dismissed because, it alleged, the whistleblowers and their attorneys had disclosed the existence of the lawsuit to a variety of news outlets while the case was under seal.

Four out of the five federal courts of appeals that have considered the issue have rejected outright dismissal as an automatic sanction for seal violations. Most have adopted a variety of balancing tests, which include factors like harm to the government resulting from the violation, when the violation occurred, and whether the violation was willful or in bad faith.

Only the Sixth Circuit Court of Appeals has rejected this balancing approach in favor of a rule that the only appropriate sanction for seal violations is dismissal.

The Solicitor General urged the Supreme Court not to take the case because most courts are in agreement and the Sixth Circuit is an outlier with unique facts. The Solicitor General argued that a rule of automatic dismissal would undermine the False Claims Act’s purposes and harm the government, whose interests the seal is intended to protect.

There are good reasons to view this case skeptically. The government did not assert that it was harmed by the seal violation. Rather, State Farm, which has already been found to have caused harm to the government, is the party seeking strict enforcement of the seal provision order to avoid being held responsible.

But seal violations can occur in a variety of contexts, including failure to file the complaint under seal at all, inadvertent disclosures, and disclosures that cause no harm to the government’s investigative interests. Allowing courts discretion to evaluate the effect of a seal violation — rather than adopting the rigid rule State Farm urges — helps ensure good cases aren’t dismissed over a technicality.

The only interests a rule of automatic dismissal protects are those of the defendant.