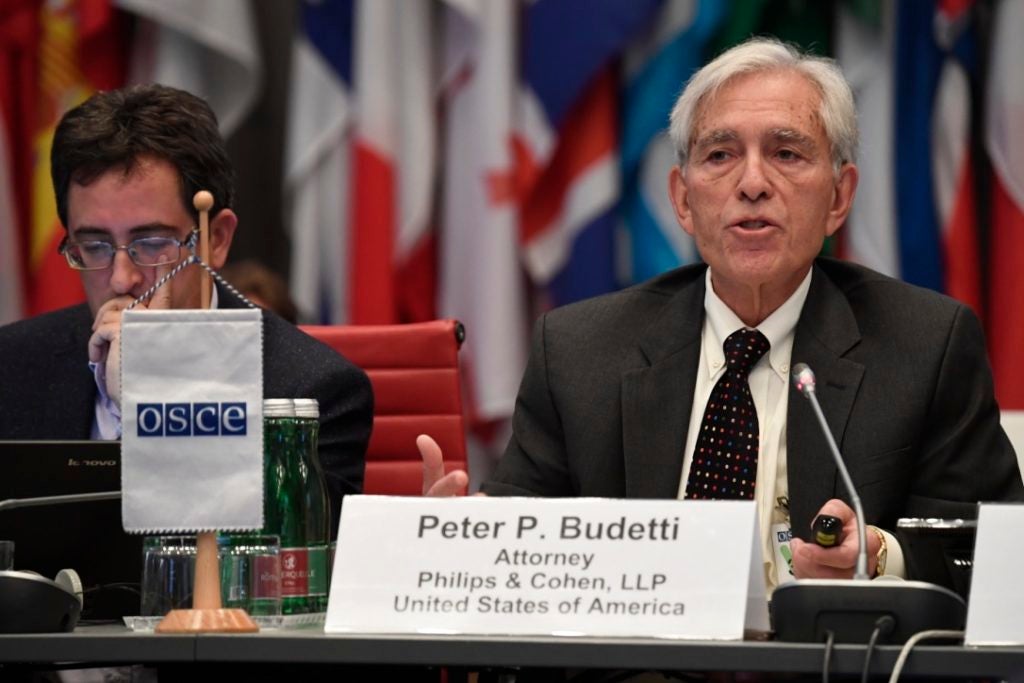 Dr. Peter Budetti spoke on a OSCE panel in Vienna about the virtues of the US False Claims Act. (Photo courtesy of the US State Department)

Peter Budetti, a former top US government official who is Of Counsel to Phillips & Cohen LLP, recently spoke in Vienna at an event hosted by the Organization for Security and Cooperation in Europe (OSCE) about the effectiveness of the US False Claims Act in rooting out fraud and corruption.

Dr. Budetti, a former deputy administrator with the Centers for Medicare and Medicaid Services, spoke on a panel titled “Fighting corruption and promoting the rule of law as prerequisite for economic development and business interaction.” Also speaking on the panel was Ukraine’s head of the Specialized Anti-Corruption Prosecutor’s Office, the deputy director of the Anti-Corruption Agency of Serbia and other anti-corruption experts from around the world.

The panel was part of the OSCE’s Economic and Environmental Dimension Implementation Meeting held Oct. 17. Representatives of the group’s participating states came together to discuss how the members are implementing commitments to economic and environmental improvements.

Now at @osce :Conversation abt countering corruption. US speaker Peter Budetti will share how US leverages private sector to tackle fraud. pic.twitter.com/UwXyNXQ6Jv

Peter Budetti explains US false claims law, & how it allows private citizens to counter corruption. Over $5B paid out, $70B returned to govt pic.twitter.com/pcXNpY79KM