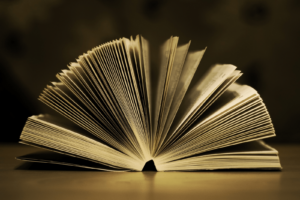 A case recently revived in the Eighth Circuit could help future whistleblowers use the False Claims Act to fight fraud at for-profit colleges.

The False Claims Act, along with its “qui tam” whistleblower provision, has emerged as the government’s best tool to combat fraud committed by for-profit colleges. The law has helped recover millions in misused federal funds as well as compensate students harmed by the fraud.

Allegations have poured forth over the years that schools commit fraud or mislead students to keep the federal funds flowing in. Schools have been accused of duping students with inflated job placement and graduation rates,  and illegally paying bonuses to school staff to maximize student enrollment. These subpar institutions don’t just waste federal money: they leave students on the hook for thousands of dollars of debt, and no real prospects for repaying that debt. As one student lamented: “They’ve ruined my life and the lives of many of my classmates.”

And a case recently revived in the Eighth Circuit could help further bolster future whistleblower claims against these institutions.

In doing so, the school violated explicit promises made to the Department of Education, as a prerequisite to getting funding, to keep accurate records.

A lower court ruling dismissing the suit had found that false promises by the for-profit college about accurate record-keeping were not critical to the government’s decision to give them funds. If a court finds that a false statement or fraud doesn’t relate sufficiently to a government’s decision to distribute funding – in other words, if it is not material –  a whistleblower case can’t move forward.

A court of appeals, however, disagreed. The appellate court pointed out that the government conditioned funds on accurate record keeping in three ways – by statute, by Department of Education regulations, and by contract. To the court, this suggested that the promise to keep accurate records very much mattered in the distribution of federal funds. The Court further found that “a reasonable person would attach importance to a promise to do what is necessary to ensure funds go where they are supposed to go.”

And last year Education Management Corp., the second-largest for-profit education company in the US, paid $95.5 million to settle a False Claims Act lawsuit alleging the company falsely certified it was in compliance with Title IV regulations.