Phillips & Cohen partner Colette Matzzie and whistleblower Brendan Delaney took to the stage this week in Las Vegas to talk about a law that’s recently become a major talking point across the Health IT community – the False Claims Act.

Matzzie and Delaney’s presentation, “Whistleblowing Under the False Claims Act,” at the HIMSS18 conference, explored the basics of the False Claims Act and how whistleblowers can use the law to root out fraud against the government. They also discussed their experience filing a “qui tam” (whistleblower) lawsuit against an electronic health records vendor and working with the government to successfully resolve the case.

Last May, electronic health records vendor eClinicalWorks agreed to pay $155 million to settle Delaney’s qui tam lawsuit, which was filed by Matzzie in 2015. The settlement was ground-breaking not only because it was the first time the government held an EHR vendor accountable for failing to meet federal standards, but it was also the first time the government applied the Anti-Kickback Statute law to the promotion and sale of EHR systems.

The alleged fraud in the eClinicalWorks case surrounded the payments the government makes to doctors, hospitals, and others who purchase and implement EHR systems that are certified to comply with federal requirements known as “meaningful use.” Congress created the payment system to incentivize the healthcare industry to more quickly digitize health records and improve interoperability.

Both the government and the whistleblower alleged that eClinicalWorks falsely represented to customers that its EHR system complied with “meaningful use” rules. Charges included allegedly cheating the “meaningful use” certification test, failing to make critical updates and bug fixes, and failing to ensure data portability. 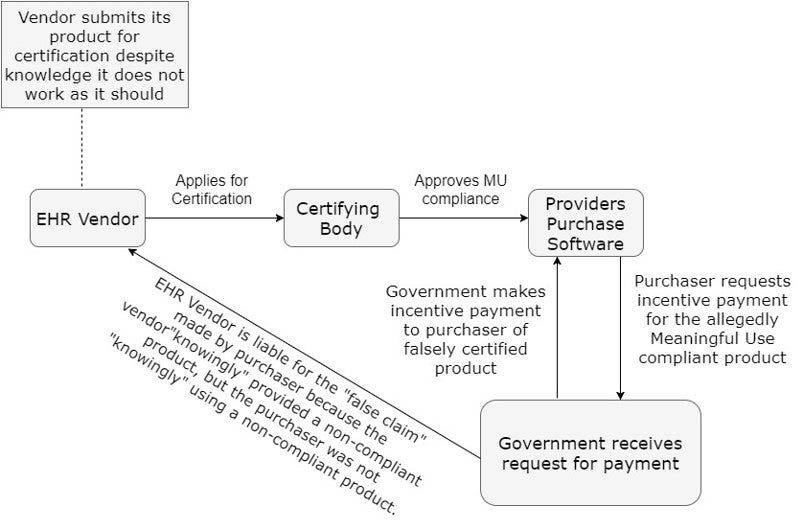 The eClinicalWorks case was such a wakeup call to the health IT industry that it was the focus of two panels at HIMSS18. A separate presentation featured the government attorneys who diligently investigated the alleged problems with eClinicalWorks system and Delaney’s claims.

“Fraud and Abuse Compliance for the Health IT Industry,” presented by Assistant US Attorney Owen Foster and Senior Counselor at the Department of Health and Human Services James Cannatti, examined how fraud and abuse laws apply to those in the health IT industry, recent cases (including eClinicalWorks) where those laws have come into play, and identified ways health IT companies can develop a culture of compliance.

Between the two expert panels, HIMSS18 attendees were able to gain a dynamic understanding of how future health IT False Claims Act cases may play out, the importance of compliance in the EHR industry and the valuable role that whistleblowers can play.