On December 19, the SEC announced that Honeywell – a North Carolina-based manufacturer of aerospace, building technologies, and automation products – has agreed to pay more than $81 million to settle bribery and bribery-related charges relating to transactions in Brazil and Algeria.

Under the Foreign Corrupt Practices Act, it is illegal for U.S. firms and foreign firms with certain ties to the U.S. to bribe government officials in other countries to obtain or maintain business. The FCPA also requires firms to keep accurate books and records and to create and maintain sufficient accounting controls.

The SEC’s order, which Honeywell agreed to accept, found that in 2010, Honeywell’s U.S. subsidiary, with the help of a Brazilian intermediary, offered as much as $4 million in bribes to a director of Brazil’s state-owned oil company, Petrobras, to win a refinery contract in a competitive bidding process. Honeywell submitted the winning bid based on information provided by the Petrobras director, who Honeywell employees and managers referred to as “the King.” Honeywell ultimately reaped over $61 million in profits from the contract.

The SEC also found that, in 2011, employees and agents of Honeywell’s Belgian subsidiary paid more than $75,000 in bribes to an Algerian government official to secure an amendment to a contract with Algeria’s state-owned oil company to resolve a dispute over construction delays at a refinery. As a result of the bribes in Algeria, Honeywell obtained over $3 million in profits.

“For years, Honeywell neglected to implement sufficient internal accounting controls to mitigate against known corruption risks in countries like Brazil and Algeria,” said Charles Cain, the head of the SEC’s FCPA Unit. “This failure created an environment in which Honeywell employees and agents could and did facilitate bribes.”

Of the total settlement amount, Honeywell will pay $38.7 million to Brazilian authorities and the remaining $42.4 million to the SEC. In addition, Honeywell agreed to pay the U.S. Department of Justice more than $78 million to settle criminal charges stemming from the same conduct.

Monday’s announcement is the latest of a series of FCPA enforcement actions concerning bribes paid to Brazilian government officials.

In September, GOL Linhas Aereas Inteligentes, a Brazilian airline whose shares are traded on the New York Stock Exchange, paid over $41 million to the DOJ, SEC, and Brazilian authorities to settle charges that it bribed Brazilian politicians to pass legislation that reduced payroll and aviation fuel taxes.

In June, Tenaris, a steel pipe manufacturer and supplier, agreed to pay more than $78 million to settle allegations that it funded at least $10.4 million in bribes to a high-ranking Petrobras manager to obtain and retain various Petrobras contracts without having to go through a competitive procurement process.

And in April, the medical waste disposal company Stericyle agreed to pay more than $84 million to resolve allegations that it had paid millions of dollars in bribes to obtain and keep business with government customers in Brazil, Mexico, and Argentina.

According to a Stanford Law School analysis, Brazil was the second most implicated country in bribery schemes that led to SEC and DOJ enforcement actions between 2012 and 2021. China came in first.

Although it is unknown whether whistleblowers played a role in the investigation of Honeywell, whistleblowers often play an important role in uncovering FCPA violations. The SEC’s whistleblower program pays awards to individuals whose information leads to or substantially contributes to enforcement actions that recover over $1 million.

Click here to learn more about the SEC whistleblower program. 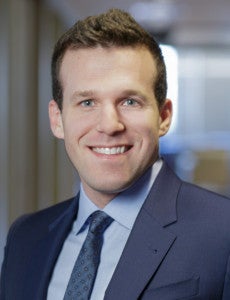