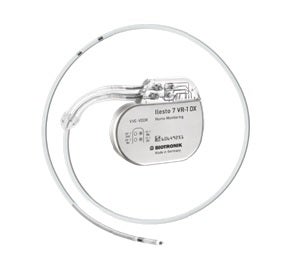 Whistleblowers alleged hospitals implanted cardioverter defibrillators, such as the one above, too soon after heart attacks and cardiac surgery.

The final 51 hospitals facing a Medicare fraud whistleblower lawsuit settled this week, marking the end of a Department of Justice investigation that resulted in more than 500 hospitals paying over $280 million back to the Medicare program.

The eight-year-long investigation and litigation were led by DOJ senior trial attorney Amy Easton and former Assistant US Attorney Jeffrey Dickstein, who joined Phillips & Cohen LLP as a partner earlier this year.

The whistleblowers alleged that between 2003 and 2010 the hospitals implanted cardioverter defibrillators in Medicare patients sooner than allowed by Medicare rules. The devices are implanted near the heart to detect and treat life-threatening heart rhythms by delivering a shock to the heart to restore the heart’s normal rhythm.

Medicare coverage guidelines — which are based on clinical trials and the guidance of cardiologists and other medical experts — provide that the devices should not be implanted in patients within 40 days after a heart attack and within 90 days of bypass surgery or an angioplasty. The reason for the waiting periods is to allow the heart to heal on its own. Scientific studies have shown that implantation shortly after a heart attack, angioplasty or bypass surgery is often unnecessary and is potentially harmful to the heart as it heals.

The government learned about the alleged Medicare fraud only because two whistleblowers — both healthcare compliance consultants, including one who is a registered cardiovascular nurse — filed a “qui tam” False Claims Act lawsuit. Qui tam lawsuits allow private citizens to sue entities that are defrauding the government and receive an award based on the recovery from their case.

Last October, the government team led by Dickstein and Easton wrangled settlements of the qui tam case from 457 hospitals, which paid a total of more than $250 million.

The whistleblowers received more than $41 million for providing information that led to the successful DOJ investigation.