NEW YORK CITY, Aug. 18, 2021 – Lawdragon magazine has named 10 Phillips & Cohen partners to its 2021 list of the “500 Leading Plaintiff Financial Lawyers” for their outstanding record of achievements in representing whistleblowers. 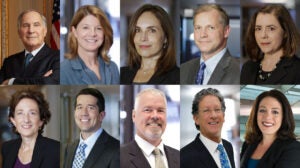 Phillips & Cohen is the most successful law firm representing whistleblowers, with recoveries from our cases totaling over $12.8 billion. We have been recognized for our work by numerous national awards. Our attorneys and cases have been in The New York Times, The Wall Street Journal, the Financial Times and other news media. Three of our cases were featured in the CBS series, “Whistleblower.”