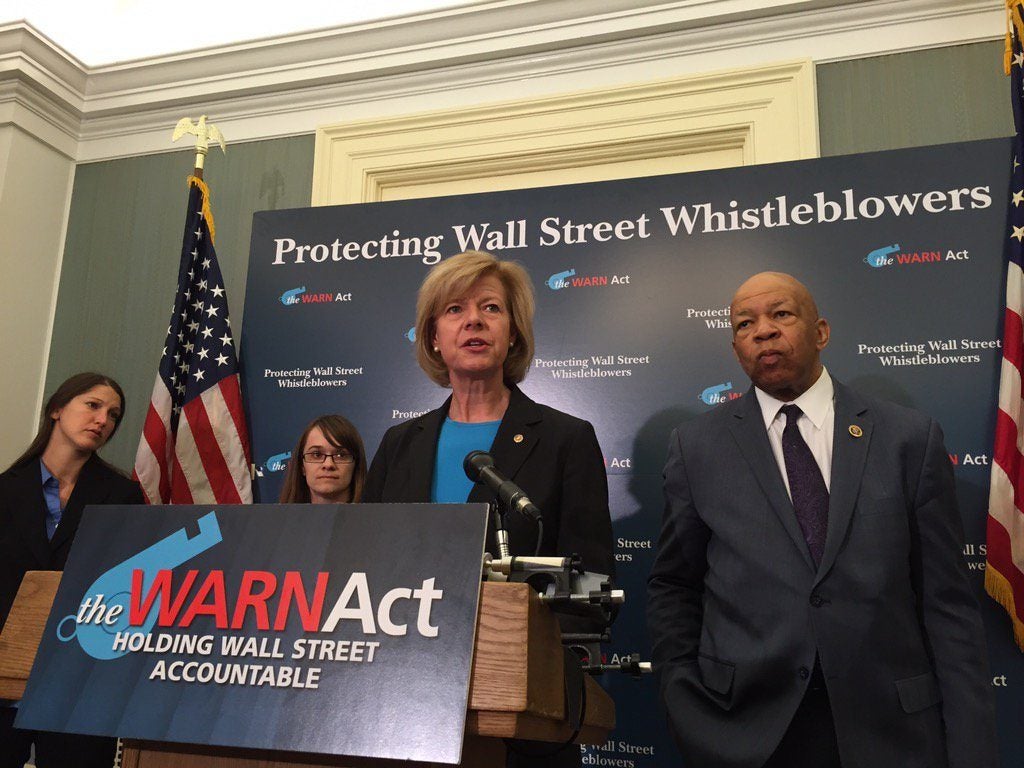 The Whistleblower Augmented Reward and Non-Retaliation Act of 2016, or WARN Act, seeks to take the whistleblower protections already afforded in Dodd-Frank and enhance them.

The Dodd-Frank Act took a major first step when it was enacted in 2010 by barring employers from retaliating against whistleblowers for informing the SEC about financial fraud. It banned retaliation in many forms, including by firing, threatening, harassing, or demoting a whistleblower.

In the years since, companies on Wall Street have come up with new and creative ways to circumvent that law and make life difficult for any potential whistleblower. Companies have engaged in tactics like forcing employees to sign agreements that prohibit them from receiving whistleblower awards and counter-suing whistleblowers for theft of property.

Cummings and Baldwin said the WARN Act aims to close those loopholes.

“If we strengthen and empower whistleblowers in the financial industry, we can do a better job of holding Wall Street accountable,” Baldwin added.

Here are some of the WARN Act’s key provisions, according to the House Committee on Oversight & Government Reform: