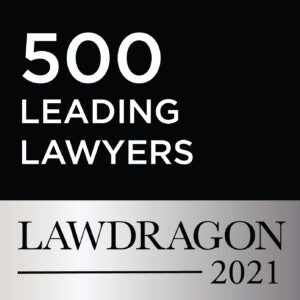 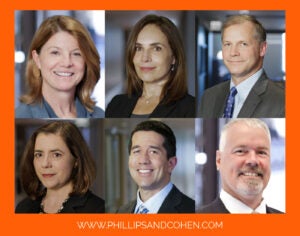 This is the 14th year in a row that Lawdragon has recognized Phillips & Cohen partners in its annual list of the “500 Leading Lawyers in America” for their work representing whistleblowers.

Lawdragon also included all of the newly honored Phillips & Cohen attorneys in the 2020 edition of its “500 Leading Plaintiff Financial Lawyers” list. This list highlights lawyers who specialize in representing litigation plaintiffs in securities matters, as well as in antitrust and corporate whistleblower cases.

Lawdragon utilizes a combination of editorial research, law firm submissions and online nominations to select attorneys to its rankings.

Phillips & Cohen is the most successful law firm representing whistleblowers, with recoveries from our cases totaling over $12.8 billion. We have been recognized for our work by numerous national awards. Our attorneys and cases have been in The New York Times, The Wall Street Journal, the Financial Times and other news media. Phillips & Cohen’s roster includes former federal prosecutors, the first head of the SEC Office of the Whistleblower, a former deputy administrator of the Centers for Medicare and Medicaid Services, the author of a leading treatise on the False Claims Act and attorneys with decades of experience representing whistleblowers.