Lawdragon magazine has named 10 Phillips & Cohen attorneys to its 2020 list of the “500 Leading Plaintiff Financial Lawyers” for their work representing whistleblowers. 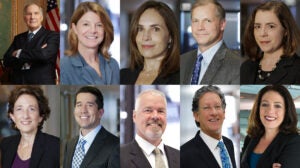 Lawdragon’s “500 Leading Plaintiff Financial Lawyers” list highlights lawyers who specialize in representing plaintiffs in securities and other business litigation, antitrust and whistleblower claims. It uses a combination of editorial research, law firm submissions and online nominations to select attorneys to its rankings.

Phillips & Cohen has represented whistleblowers for over 30 years and is the nation’s most successful law firm in that field, with more than $12.3 billion in civil settlements and criminal fines collected as a result of their whistleblower cases. Phillips & Cohen represents whistleblowers in qui tam lawsuits as well as cases brought under the whistleblower programs of the SEC, the Commodity Futures Trading Commission and the Internal Revenue Service.  www.phillipsandcohen.com